Toolkit for Working with Rural Volunteers 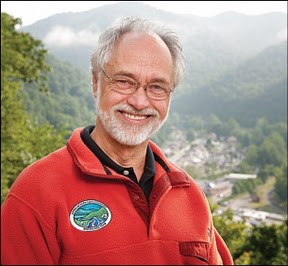 
T Allan Comp, Ph.D., received national awards for his work with the people of the Appalachian coal country, for his successful effort to engage the art and humanities in environmental recovery and for his remarkable choreography of multiple federal agency partnerships, particularly with VISTA, in working with rural mining communities. Recognized as an artist/thinker and a good speaker, Comp was once described as "a relaxed blend of John Muir, John Dewey, and John the Baptist." An employee of the Department of the Interior Office of Surface Mining, Allan was profiled by Orion Magazine, named a Purpose Prize Fellow by Civic Ventures in 2007 and was the first federal employee to be named a National River Hero by the River Network in 2009. In September 2009 he was awarded the Service to America Medal in the Environment category by the Partnership for Public Service, the highest award a federal employee can receive. An historian of technology with a long engagement in cultural resources, community redevelopment, and environmental reclamation, Allan is committed to the recovery of mining communities of Appalachia, the Mountain West, and elsewhere.

Dr. Comp founded and coordinates the Appalachian Coal Country Team (ACCT) and the Western Hardrock Watershed Team (WHWT). Dr. Comp started the ACCT in 2002 to assist rural Appalachian coal communities impoverished by environmental degradation in their efforts to make their local watersheds and communities healthier places to live and work. The ACCT now has more than 30 full-time OSM/VISTA Volunteers who live and work in rural areas to promote environmental and social change at a grassroots level in seven Appalachian states.

The WHWT was founded in 2006 to emulate the successes of the ACCT. The WHWT works with community/watershed improvement groups to confront the challenges that remain from historic mining in New Mexico and Colorado. To date the WHWT has placed over 50 OSM/VISTAs in over 25 watershed groups throughout Colorado and New Mexico.

The inspiration for these watershed teams and the beginning of his experience working with AmeriCorps VISTA Volunteers stems from the non-profit which Dr. Comp originated and directed, the AMD&ART Project. A recipient of multiple awards, the AMD&ART Project continues to provide an example of innovative, multidisciplinary partnerships in reclamation and community revitalization. 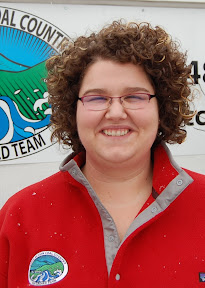 
Jenna Fehr served as an Office of Surface Mining/AmeriCorps*VISTA Volunteer from December 2009-March 2012 and as staff from March-June 2012 with the Appalachian Coal Country Team in Beckley, WV.  In this capacity, she served as project researcher for the "Volunteers for Rural Watersheds" project led by Dr. T Allan Comp across seven Appalachian and two Rocky Mountain states. The goal of this research was to learn about rural volunteers and existing volunteer management practices and then develop this Toolkit for rural volunteer-based organizations. Jenna is a native of the anthracite coalfields of Schuylkill County, PA, and holds a B.S. in Environmental Resource Management from Penn State University.

"My work as an OSM/VISTA united my personal history of growing up in the anthracite coalfields of rural PA with my environmental science education and my desire to work with and for people.  My position was unique in that I created rural volunteerism resources based on research I conducted with community/watershed improvement organizations in 9 different states. This gave me the extraordinary opportunity to visit a wide variety of rural communities and to witness and participate in the efforts of people improving the places they love. I was also extremely fortunate to work with a large group of the most dynamic individuals in the watershed movement." 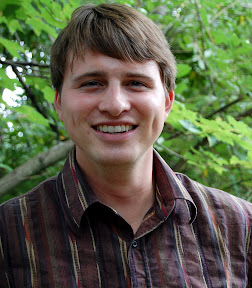 Joe Campbell served as the OSM/VISTA Volunteerism Coordinator for the ACCT from July 2008 to December 2009.  He holds a M.S. in Environment and Natural Resources from The Ohio State University and is a doctoral candidate at OSU's Rural Sociology graduate program in the School of Environment and Natural Resources. His current research focuses on community economic development policy at the county-level and is supported by the USDA’s National Institute of Food and Agriculture and OSU’s Social Responsibility Initiative. Joe’s academic advisor is Dr. Linda Lobao.

Campbell, reflecting on this research project, comments, “I’m amazed at how far the scope of this project has grown. Many hardworking volunteers have put a ton of time and effort into making this project take flight. I hope that the efforts of these partners are realized through improved volunteer management in their own communities and watersheds. The toolkit offers an incredible variety of pragmatic examples to other organizations facing similar volunteer and community engagement struggles in their home places.”